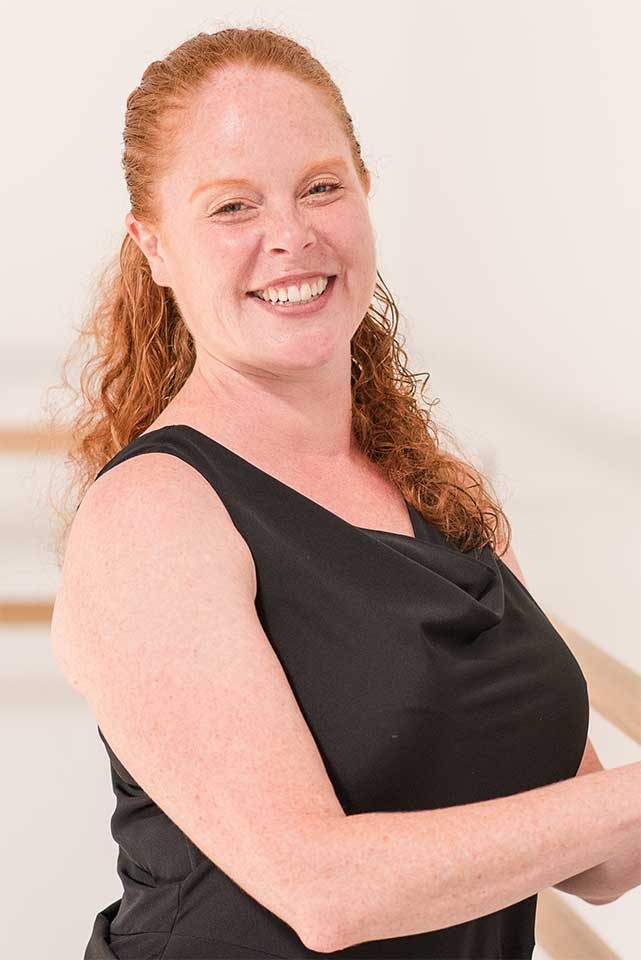 Anne Marie, a high school graduate of the Virginia School of the Arts. Anne Marie’s training also includes the Princeton Ballet and Ballet West Conservatory. She received her BFA in Ballet with both performing and teaching emphases from the University of Utah. While dancing at the University of Utah, Anne Marie also did her student teaching at the Ballet West Conservatory, The Virginia Tanner Creative Dance Center on the campus of the University of Utah, and in the Salt Lake City public school system. She danced professionally with the Ballet Theatre of Maryland under the direction of artistic director, Edward Stewart, as well as with the Alexandria Ballet. Anne Marie taught in the Northern Virginia area dance schools for six years before co-founding the Ashburn Academy of Dance in 2001, which has grown in reputation for its excellence in dance instruction. Alongside Katherine Beliveau, Anne Marie co-founded the Ballet Theatre of Ashburn in 2004 which has a history for not only its onstage performances in Loudoun County but its community service performances in area nursing homes, retirement centers, homeless shelters, and libraries. She later co-founded the Edge Performance Company in 2011. Anne Marie is excited about the upcoming school year and working with the professional staff at the Ashburn Academy of Dance. She looks forward to teaching all of the young dancers who are taking dance for the first time as well as teaching the experienced dancers at the school and watching their success this year after many years of hard work!